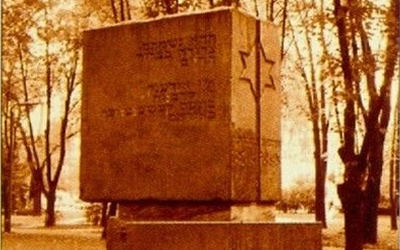 The Kishinev pogrom was an anti-Jewish riot that took place in Kishinev, then the capital of the Bessarabia Governorate in the Russian Empire, on April 19 and 20, 1903. 49 Jews were killed and 1,500 homes were damaged.

The Kishinev pogrom was an anti-Jewish riot that took place in Kishinev, then the capital of the Bessarabia Governorate in the Russian Empire, on April 19 and 20, 1903. 49 Jews were killed and 1,500 homes were damaged.

The most popular newspaper in Kishinev, the Russian-language anti-Semitic newspaper Bessarabetz, meaning "Bessarabian", published by Pavel Krushevan, regularly published articles with headlines such as "Death to the Jews!" and "Crusade against the Hated Race!" (referring to the Jews). When a gentile Ukrainian boy, Mikhail Rybachenko, was found murdered in the town of Dubossary, about 25 miles north of Kishinev, and a girl who committed suicide by poisoning herself was declared dead in a Jewish hospital, the Bessarabetz paper insinuated that both children had been murdered by the Jewish community for the purpose of using their blood in the preparation of matzo for Passover. Another newspaper, ???? (Svet, "Light") made similar insinuations. These allegations, and the prompting of the town's Russian Orthodox bishop, sparked the pogrom.

The pogrom began on April 19 after congregations were dismissed from church services on Easter Sunday. In two days of rioting, 49 Jews were killed, 92 were severely wounded and 500 were slightly injured, 700 houses were destroyed, and 600 stores were pillaged. The Times published a forged dispatch by Vyacheslav von Plehve, the Minister of Interior, to the governor of Bessarabia, which supposedly gave orders not to stop the rioters, but, in any case, no attempt was made by the police or military to intervene to stop the riots until the third day.

The mob was led by priests, and the general cry, "Kill the Jews," was taken- up all over the city. The Jews were taken wholly unaware and were slaughtered like sheep. The dead number 120 and the injured about 500. The scenes of horror attending this massacre are beyond description. Babes were literally torn to pieces by the frenzied and bloodthirsty mob. The local police made no attempt to check the reign of terror. At sunset the streets were piled with corpses and wounded. Those who could make their escape fled in terror, and the city is now practically deserted of Jews.

The Kishinev pogrom captured the attention of the international public and was mentioned in the Roosevelt Corollary to the Monroe Doctrine as an example of the type of human rights abuse which would justify United States involvement in Latin America. The 1904 book The Voice of America on Kishinev provides more detail as does the book Russia at the Bar of the American people.