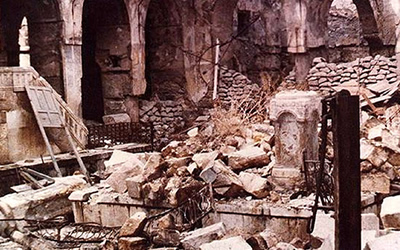 The 1947 Anti-Jewish riots in Aleppo were an attack against Jews in Aleppo, Syria in December 1947, following the United Nations vote in favor of partitioning Palestine. The attack, a part of anti-Jewish wave of unrest across Middle East and North Africa, resulted in some 75 Jews murdered and several hundred wounded. In the aftermath of the riots, half the city's Jewish population fl... 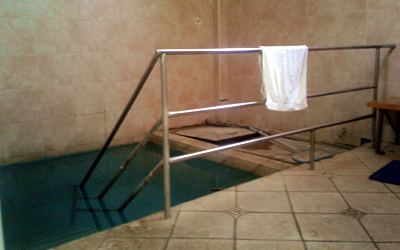 Immerse in any kosher Mikva 3 times for each victim of this cause.

After the vote in favor of the partition of Palestine, the Syrian Government abetted and organized Aleppo's Arab inhabitants to attack the city's Jewish population. The exact number of those killed remains unknown, but estimates of those killed are put at around 75, with several hundred Jews wounded. Ten synagogues, five schools, an orphanage and a youth club, along with various Jewish shops and 150 houses were set ablaze and destroyed. Damaged property was estimated to be valued at US$2.5m. During the pogrom the Aleppo Codex, an important medieval manuscript of the Torah was lost and feared destroyed. The book reappeared (with pages missing) in Israel in 1958.

Following the attack, the Jewish community went into a steep decline. The wealthy Jews escaped the day after the pogrom and many more fled in small groups in subsequent months. Their property was forfeited and on December 22 the Syrian Government enacted a law forbidding Jews from selling their property. Within years after the pogroms, most Jews left Aleppo, a large majority of them to Israel.